COBOL and the CARES Act 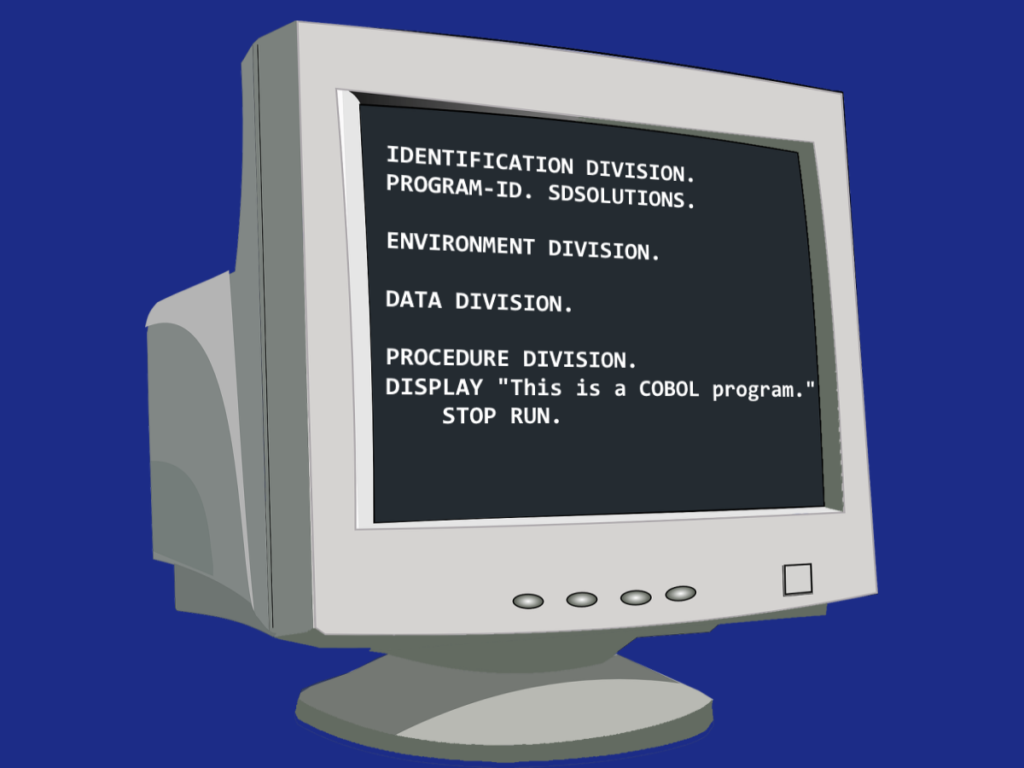 The Coronavirus Aid, Relief, and Economic Security (CARES) Act was introduced to assist Americans affected by the economic fallout of the COVID-19 pandemic. According to Ian King of Bloomberg, this assistance includes a $600 weekly increase in benefits for millions of Americans who became unemployed as a result of the lockdown. Unfortunately, the arrival of financial assistance has been delayed in some states, and legacy code written in Common Business-Oriented Language (COBOL) has largely been blamed for the delays.

According to the National Museum of American History, the creation of COBOL began in 1959 as a collaborative project between the Department of Defense (DoD) and the private sector. As the name suggests, COBOL was created with business applications in mind; examples provided by the NMAH include payroll calculation and inventory management. The language was designed to use more English words than modern programming languages, so managers could comprehend the code written by the programmers they supervised. COBOL was heavily used by the private, governmental, and financial sectors to program their infrastructures.

Earlier this month, Ian King of Bloomberg and Alicia Lee of CNN reported that Oklahoma, New Jersey, Kansas, and Connecticut are struggling to process the glut of unemployment claims due to mainframes that are over 30 years old and use COBOL. Much of America’s government and financial infrastructure still relies on old COBOL code. In 2018, the Office of the Inspector General of the Social Security Administration mentioned in a testimony that the SSA maintained over 60 million lines of COBOL code. According to statistics from Reuters gathered in 2017, COBOL was used by 43% of banking systems, 80% of personal transactions, and 95% of ATM swipes. The Governor of New Jersey, Phil Murphy, requested for help from volunteers who know the language; unfortunately, COBOL’s popularity dwindled over the years as newer programming languages were adopted by businesses and academia. The number of COBOL programmers has also dwindled; Ian King notes that when Gartner Inc. counted the number of COBOL programmers “in 2004, it found 2 million experts in the language and estimated that number was falling 5% a year.” COBOL programmers are high in demand, but low in supply.

Although COBOL seems like the source of the delays, Klint Finley of Wired offers a different perspective: the problem isn’t COBOL itself, but the aging mainframes and the lack of programmers available to rewrite legacy code. Ultimately, legacy systems are the problem. SD Solutions offers IT Modernization as a service. IT Modernization involves replacing legacy systems with new systems to improve performance, and this process is applicable to code. For example, SD Solutions helped the IRS convert legacy mainframe code to modern code in order to meet the needs of the Affordable Care Act. IT Modernization can help an organization improve their performance and cut costs in the long run.