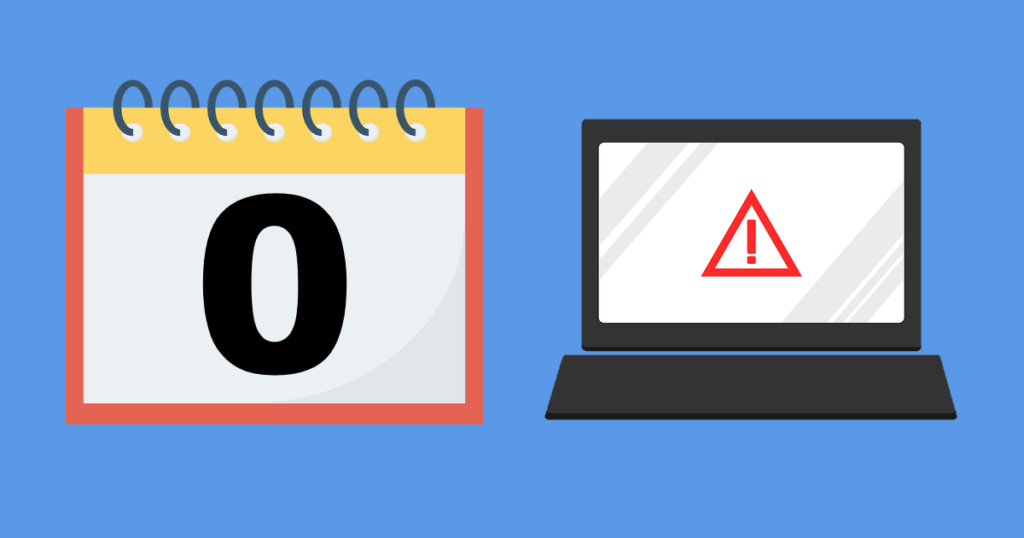 A vulnerability is a flaw. Specifically, it is a flaw within software, firmware, or even hardware that can be exploited by a bad actor.  To exploit a vulnerability is to use the flaw in order to accomplish some goal. Oftentimes, vulnerabilities are exploited by inserting code into something or sending messages with specific values. One example of a software vulnerability would be GUI code for an SQL database that does not properly sanitize the data that is inserted by a user—that is, it does not ensure that user input is a valid query. In an SQL injection attack, the attacker exploits this vulnerability by inserting arbitrary code as input. Because the input is not sanitized, the arbitrary code is executed. The arbitrary code may be written to do anything the attacker wants, such as reveal all the secret data in the database, or even delete everything.

Zero-day attack is a loose term. According to the National Institute of Standards and Technology (NIST), a zero-day attack is “[a]n attack that exploits a previously unknown hardware, firmware, or software vulnerability.” Normal vulnerabilities are publicly known to exist within certain products and services. They can be detected by cybersecurity software and cybersecurity professionals. Once detected, they can be mitigated. Unknown vulnerabilities are also referred to as zero-day vulnerabilities, and they are very hard to mitigate precisely because they are unknown. Antivirus software does not know to look for them, so the victims are completely unaware that they can be attacked until it is too late. This element of surprise is what makes zero-day attacks particularly dangerous.

It is actually possible to detect zero-day attacks by looking for behavior that is suspicious. An Intrusion Detection System (IDS) monitors events on a computer or network in order to identify intrusions. Traditional antivirus software and Signature-based Intrusion Detection Systems look for specific signatures, patterns of information that can identify attacks. Using signatures to identify attacks is a bit like using fingerprints to identify criminals. Zero-day attacks do not have signatures, so they have to be identified based on how they are interacting with the targeted system. An Anomaly-based IDS looks for events that are unusual compared to the events that happen on the computer or network every day. An anomalous event could be a user logging in at a time that is inconsistent with their daily routine, or a program that is suddenly using far more computing resources than usual. An Anomaly-based IDS can detect a zero-day attack because it can detect the suspicious behavior associated with the attack. Runtime Application Self-Protection (RASP) is technology that can detect and prevent zero-day attacks. RASP inspects the data being given to an application as input and checks to see if it leads to any unsafe results, and blocks inputs that lead to these results.

In summary, a zero-day attack is one that exploits an unknown vulnerability. Zero-day attacks are severe because they exploit vulnerable code before a patch is released, so software updates will not help, although they do reduce the risk of newly discovered vulnerabilities being exploited. Zero-day attacks cannot be detected by security software that relies on signatures. Instead, they have to be prevented by using technology that identifies suspicious events.